Key Features of the Education System

Education in Albania is provided by both public and private institutions at all levels.

The Minsitry of Finance and Economy [Ministria e Financave dhe Ekonomisë]  is responsible for VET.

Higher education: According to the Constitution, the Government and Parliamentary Bodies determine the educational policy for tertiary education. They are responsible for drafting and approving laws, bylaws and other regulations and for carrying out the other activities in the field of tertiary education provided for by law. Article 57 of Albanian Constitution states that everyone has the right to access education and basic education is mandatory for all. The same article guarantees in principle the autonomy of higher education institutions.

Stages of the Education System

In Albania the following forms of education can be distinguished:  Pre University education, Higher Education.

All types of higher secondary education mentioned above are completed once the State Matura Exam is finished.  Matura exams include three common subjects namely Albanian Language and Literature, Math and one foreign language. They also incude subjects by choice which are defined by guidance of Minister of Education. Organization and development of national state matura exams are regulated by guidance of Minister.

Structure of the National Education System 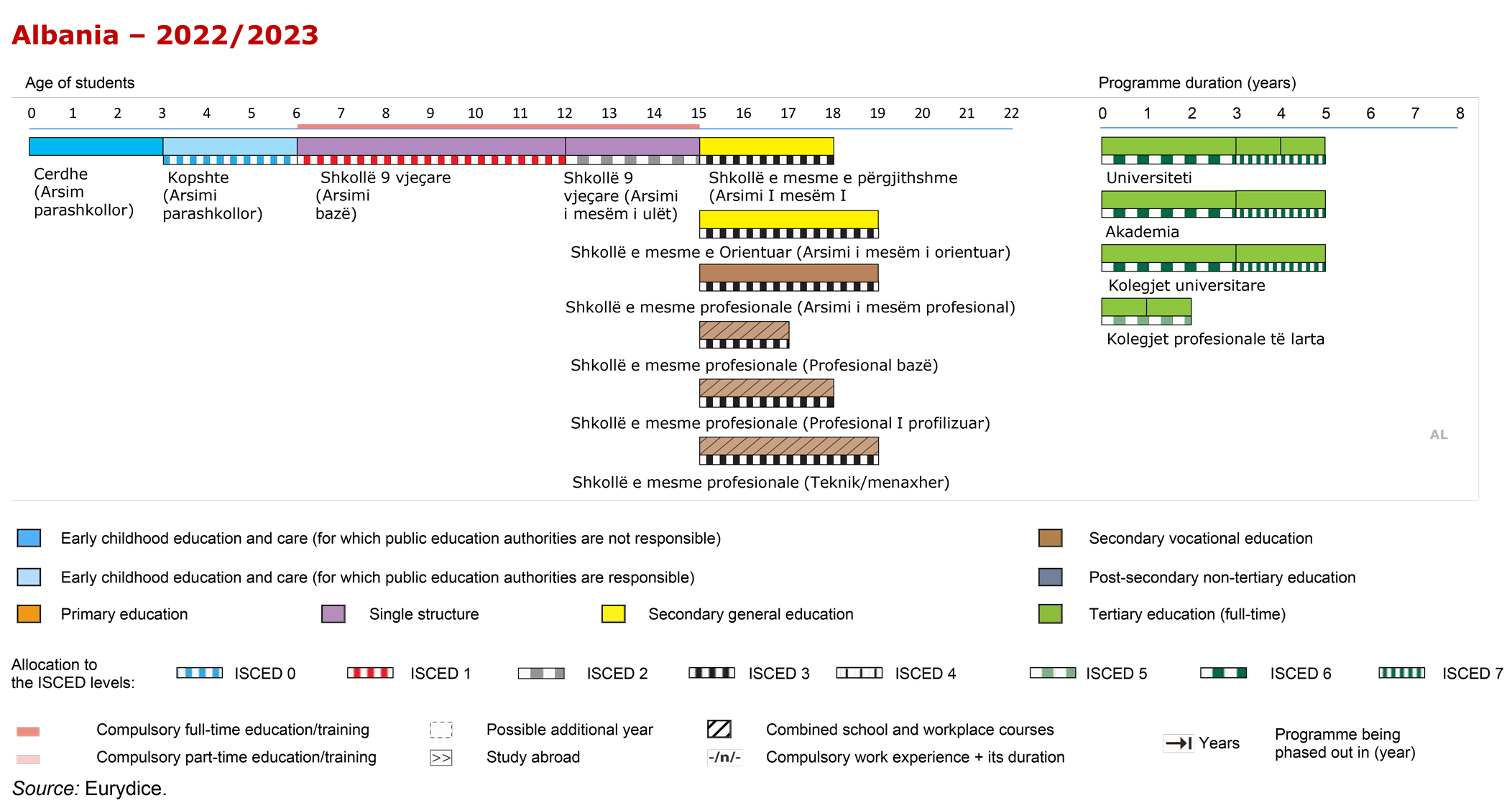 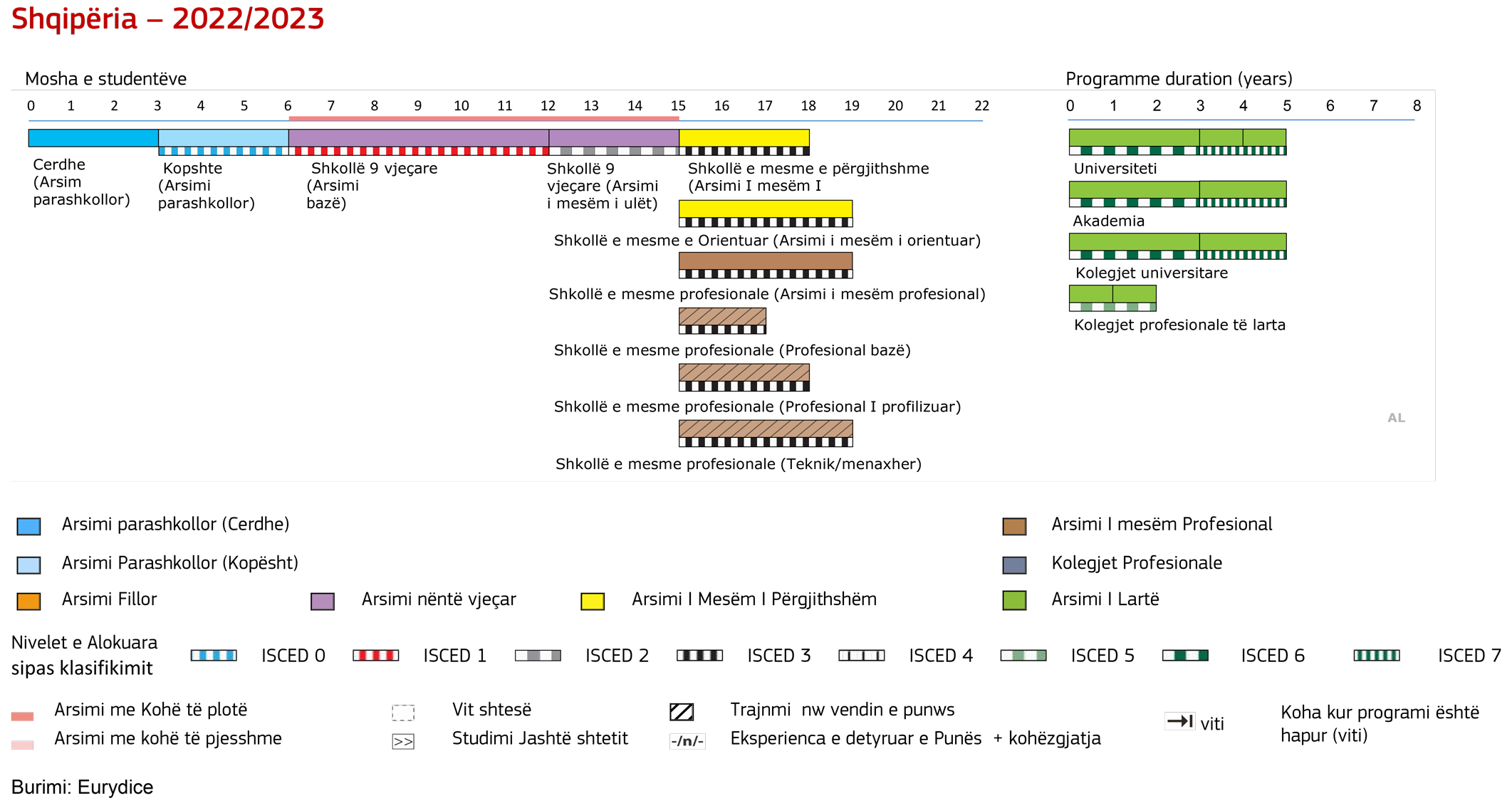