Austria is a landlocked country in southern Central Europe. The federal territory comprises nine provinces: Burgenland, Lower Austria, Carinthia, Upper Austria, Salzburg, Styria, Tyrol, Vorarlberg and Vienna with a total area of about 84,000 square kilometres. The Republic is divided into 114 judicial districts and 2,093 municipalities (as of 1.1.2022, source: Statistics Austria: Administrative structure, visited 31.08.2022). Vienna is the federal capital of Austria as well as a province.

As in other industrialised countries, increasing life expectancy and declining birth rates are leading to a growth of older population groups also in Austria. On 1.1.2022, the average age of the population was 43.2 years, which corresponds to an increase of 6 years of life since 1980 (source: Statistics Austria: Population by sex and age groups, Demographic Yearbook 2020, visited 31.08.2022). In 2020, the life expectancy of women was 84 years and that of men 79 years (source: Statistics Austria: Population by demographic characteristics, visited 31.08.2022). Figure 2 shows the change in the age pyramid over time: Since 1980, the age group 0-19 years has shrunk by 10%, the age group 20-64 years (prime working age) has grown by 7% and that of the elderly (65+) has increased by 3%. 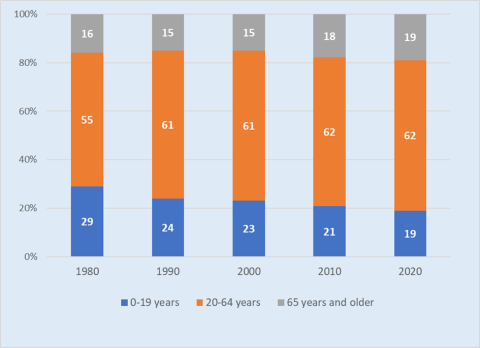 Figure 2: Development of the population in Austria by age group, in per cent (rounded)

The population in Austria is steadily growing. This is due on the one hand to the rising birth rate - whereby in 2020, due to the Corona pandemic, the number of deaths (91,599) exceeded the birth rate (83,603) for the first time in years - and on the other hand to increasing migration. Since the mid-1980s, positive net migration (number of migrants entering minus the number leaving) has been observed. It intensified after the collapse of the Soviet Union and Yugoslavia. Since the turn of the millennium, more and more people have decided to live in Austria, mainly for economic reasons. Since 2015, a high net migration has been recorded: Due to a massive influx of refugees (especially from Syria, Afghanistan and, since 2022, from Ukraine due to the war), the share of people with non-Austrian citizenship has increased considerably (see figure 3). In general, most people migrate from EU and EFTA countries. In recent years, the share of persons with citizenship from Asian countries has also been growing (see figure 4). 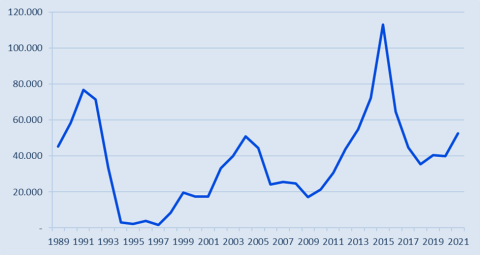 Figure 3: Development of the migration balance in Austria, total numbers 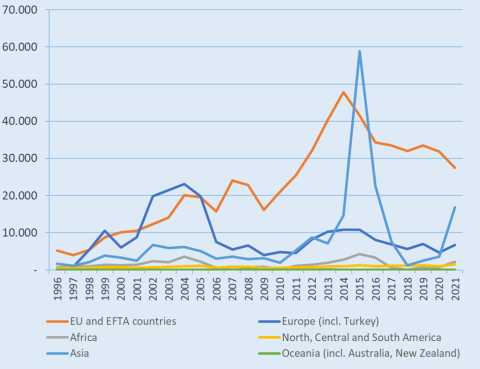 Figure 4: Development of the migration balance in Austria by nationality of migrants, total numbers

The unemployment rate inAustria is lower than in other European countries. Even after the economic and financial crisis in 2008, it rose minimally. From 2013 onwards, however, it became apparent that unemployment increasingly posed a challenge for the Austrian labour market. In 2020, the unemployment rate jumped to 10% due to the Corona pandemic. In 2021, the economic development picked up again, which means that the employment situation is expected to ease for the time being (2021: unemployment rate of 8%) and labour force participation rates will remain high (2021: 77%) (see figures 5 and 6). The future development is strongly dependent on various factors (e.g. Ukraine war, energy and raw material supply, inflation, global economic climate).

Figure 5: Development of the unemployment rate, in per cent

Figure 6: Development of the employment rate (age 15-64 years), in per cent

Compared to other EU countries, Austria has a relatively low youth unemployment rate, which was 10% in 2021 according to EUROSTAT data (average EU-27 2020: 17%). Figure 7 shows the volatile development of unemployment rates for the under 25 years old according to the national definition of the Public Employment Service, which amounted to 6.5% in 2021. The reason for the continued good labour market integration of adolescents and young adults is, in particular, the broad range of educational programmes leading to vocational qualifications (school-based and dual training) with direct career entry and high labour market acceptance. 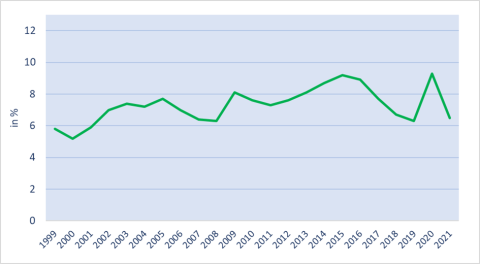 The official language in Austria is German, which is also the mother tongue for a large part of the population. Austrian German differs from High German in pronunciation as well as in some grammatical peculiarities.

The language (of instruction) in Austrian day-care centres, schools and in the tertiary sector is German. In some cases, bilingual teaching (in day-care centres: bilingual education), mostly in English, or mother-tongue teaching (for better integration) is used in these institutions. Some schools, especially international schools, are run exclusively in a foreign language (mainly English or French). In the tertiary sector, too, there are courses of study in which education takes place partly or entirely in a foreign language (predominantly English).

In order to preserve minority languages, some primary and secondary schools, especially in Carinthia and Burgenland, enable children to be taught in Slovenian, Hungarian or Croatian. In some cases, bilingual forms - with half of the subjects in the minority language - are also offered.

In total around 250 different languages are spoken in Austria. Besides German, the most widely spoken languages are Turkish, Serbian-Bosnian-Macedonian, Croatian, Romanian, Polish and Hungarian (source: Statistics Austria, 2001 census; more recent official data are not available). Furthermore, regional dialects are of great importance in Austria.

The Roman Catholic Church is the largest religious community in Austria. Historically, it shaped the Habsburg monarchy as the “state church” until the mid 19th century. The Basic State Law of 1867 heralded the first steps of secularisation, the separation of church and state, which, however, was not completed until the beginning of the Second Republic. Furthermore, the immigration of people of different denominations has led to a more diverse religious landscape.

All pupils who belong to a legally recognised church or religious community receive religious instruction of their confession in public schools (as a compulsory subject, but with the possibility of deregistration), whereby the expenses for religious instruction are financed by the state. For example, religious schoolbooks are also co-financed by the schoolbook campaign (free provision of pupils with the necessary teaching materials by the Federal Department of Education, Science and Research).

Religious communities maintain private day care centres (crèches, after-school care centres, kindergartens) as well as public schools at primary and secondary level. Private kindergartens are governed by the corresponding provincial laws of the nine Austrian provinces. Religious schools are covered by the Private Schools Act (Federal Act of 25 July 1962 on Private Schools) (cf. 2.4 Organisation of Private Education). Around 6% of all schools are run by a recognised religious community as a school operator in the school year 2020/21 (source: Statistics Austria: Schools in the school year 2020/21 by school operator, Education in figures 2020/21 – volume of tables, visited 29.08.2022). For this reason they – especially the Catholic Church – are counted among the most important private education providers in Austria. Teachers of religion are trained at university colleges of teacher training or theological faculties at universities.

With the school year 2021/22, ethics was introduced as a compulsory subject for upper secondary school pupils who are without a religious confession or opt out of religious education, after a 20-year school pilot project (“Schulversuch”) (source: Federal Department of Education: Ethics as a new compulsory subject, , visited 18.08.2022).